Yes, many of you have probably heard of it; be it the original or SOW 2.
My first hack (Super Pirate World *throws up*) evolved to become Super Odd World, which had about 30 levels, and was played through by cruc1f1x21.
Super Odd Word 2 was created as an experiment with Map16; how to switch properties of tiles, to rotate, etc., and was originally under the name "Mario Gets High", but since it was so... odd, I decided to call it "Super Odd World 2".

Please note that Super Odd World is my first hack (sort of) and has those annoying n00bish parts in it. Also, at the part with the ducking through narrow corridors place in the Ghost House, you need not jump. Just get as close as you can to the wall/spike and run at the corridor, ducking at the right time.

A Sneak Preview of the next Demo: 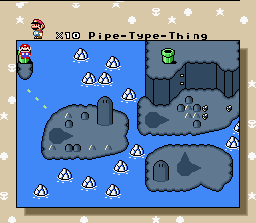 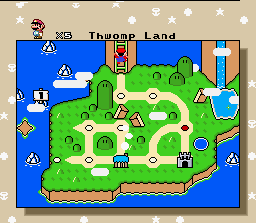 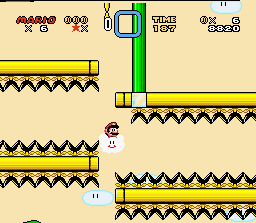 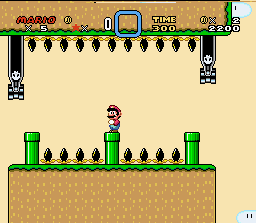 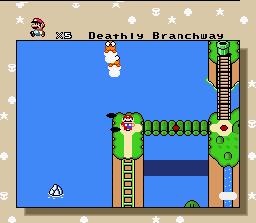 (Click on the images to be taken to a magical world see captions that go along with the pictures.)

A little bit of what to expect from the second demo. Have fun! (or at least try to)